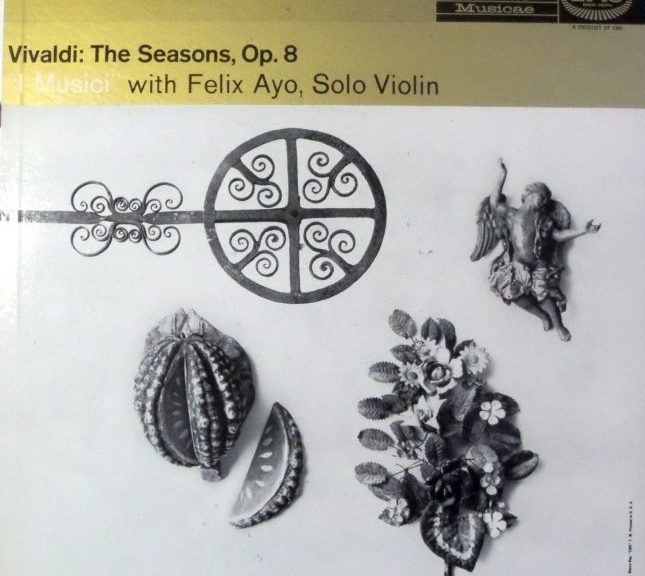 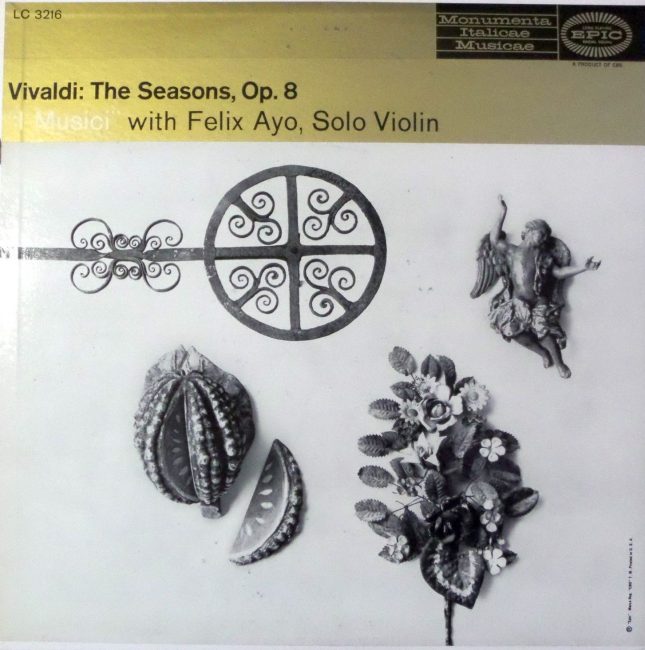 I do love the ‘Four Seasons’, never get tired of it, and have about every imaginable recording of it in every performance style. I Musici recorded several versions of Vivaldi’s ‘Four Seasons’ for Philips over the years, and all are great in their own way. The releases from the 1990’s seem to be out of print, and really it is the earlier versions that are the real finds.

A mono version was recorded in the mid-1950’s with Felix Ayo, then rerecorded in stereo again with Ayo in 1959, and this stereo version is available in several releases.The Ayo version is wonderful, and recorded before the original instrument interpretations began to surface. Definitely more romantic than today’s recordings, but still it has a charm of its own. I actually prefer the mono version to the stereo remake with Ayo, there seems to be a bit more excitement in the playing.

The 1956 mono recording seems not to be on CD except as an import, however it is part of an MP3 bargain ‘Essential Vivaldi’ collection that contains some other decent Vivaldi recordings. Well worth getting for the 4 Seasons alone. Many early 1950’s classical recordings have gone out of copyright in Europe and are resurfacing under a lot of bargain MP3 collections as of late, so ignore the bad artwork, there are some hidden gems inside some of these collections.

The Philips Duo set contains the entire 1959 Op. 8 in stereo with Ayo from which the Seasons are the first four works. This recording is also part of the Vivaldi Edition Set 2 [which has recently been licensed by Newton and includes Op. 1-12 in a bargain set, with both Set 1 and 2 of the Philips edition].

The Carmirelli recording from 1982 is really the best of the lot, crisp playing and great sound. I find the Michelucci set nice, but is just not quite in the same league as the others.

In the late 1960’s the Seasons were recorded again featuring Roberto Michelucci.

2 thoughts on “Vivaldi, Four Seasons and I Musici”