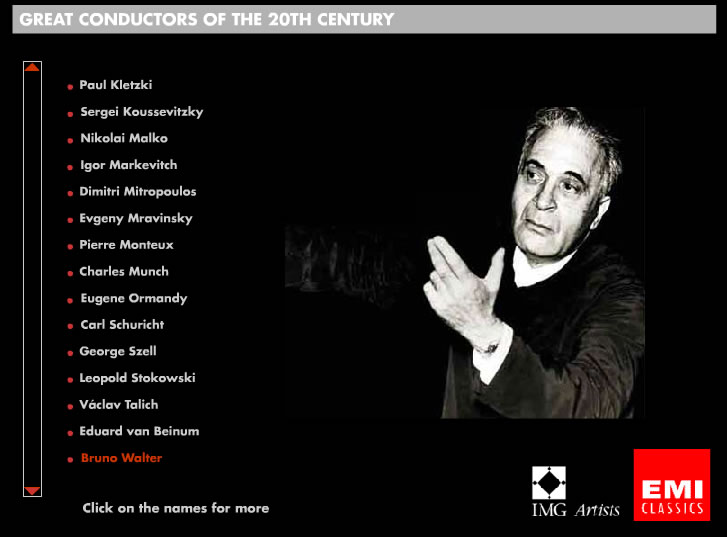 Great Conductors of the 20th Century was a 2CD series from IMG Artists and EMI featuring famous conductors of the 20th century. As per the norm, the website for this series has disappeared [really record companies, it costs next to nothing to keep these sites up], so here is all the information [and more] that was included for this great series. There is a copy at archive.org of the EMI site that still mostly works.

Great Conductors of the Twentieth Century is a totally new series concentrating on 60* of the most influential conductors of the last century. GC introduces commercial recordings, many of which have not been issued since LP or 78s. GC brings together recordings from Decca, Philips, DG, Sony, RCA Supraphon as well as EMI. GC introduces for the first time on record, many live performances from Deutschland Radio, Danish Radio, Bavarian Radio, Canadian Broadcasting, NHK Japan, NDR Hamburg, Sudwestrundfur, Czech Radio, etc.

[*] The series was cancelled after 40 releases.

Peter Gutmann at Classical Notes wrote a great review of the entire series, well worth checking out: http://www.classicalnotes.net/columns/emiconductors.html