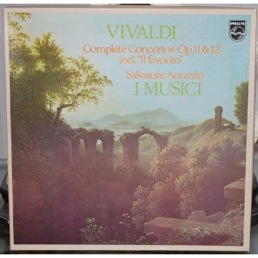 Of course Vivaldi is best known for the Four Seasons, but that is only a small part of his vast musical output. Vivaldis publisher compiled his works into 12 Opus sets. Recently I purchased an old LP set of the Op. 11-12 works by I Musici with Salvadore Accardo on Philips. Excellent music and playing. Surprisingly, there are not really any sets of many of the Opus works in recordings these days. It looks like Hogwood and the Ancient Academy have recorded the Op. 11-12 works, but that along with the I Musici are now out of print on CD. A shame, there is some really great music here. I Musici recorded all of the Op. 1-12 works in various releases, and Philips has issued the recordings in 2 MP3 Album Volumes, which is good, but they combine Op. 1-6 and Op. 7-12 respectively, hence they are quite expensive, although you get about 9-10 CDs worth of music from each set. It would be nice if they could break these up into individual Opus sets instead of putting the whole set together, since buying individual tracks makes the set cost over twice as much.

The volumes are definitely worth checking out if you are a Vivaldi fan, and Amazon has the CD versions of the sets for sale used.

Newton Classics has released the entire 12 Opus recordings on a 19 CD set. Of course it is still expensive, but less than the price of one of the MP3 volumes from Philips. 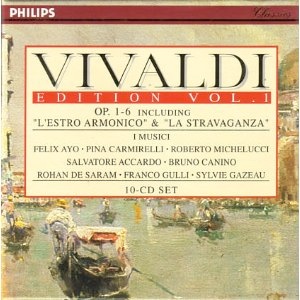 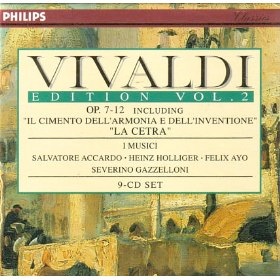 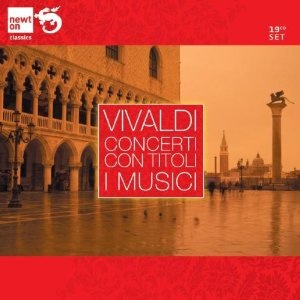