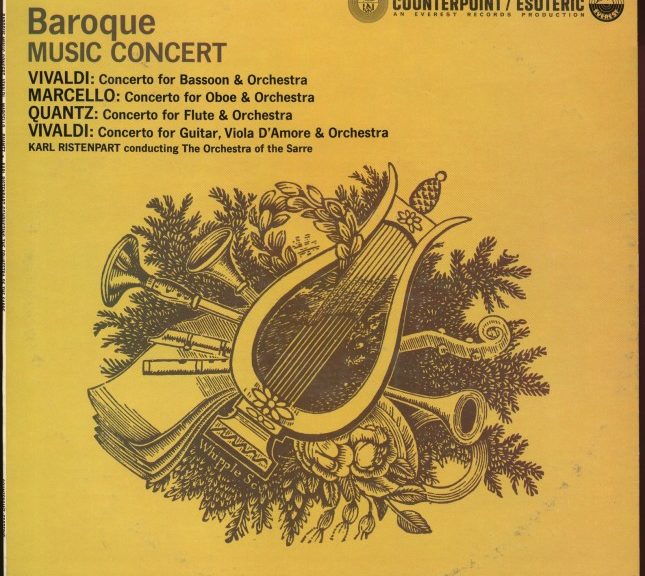 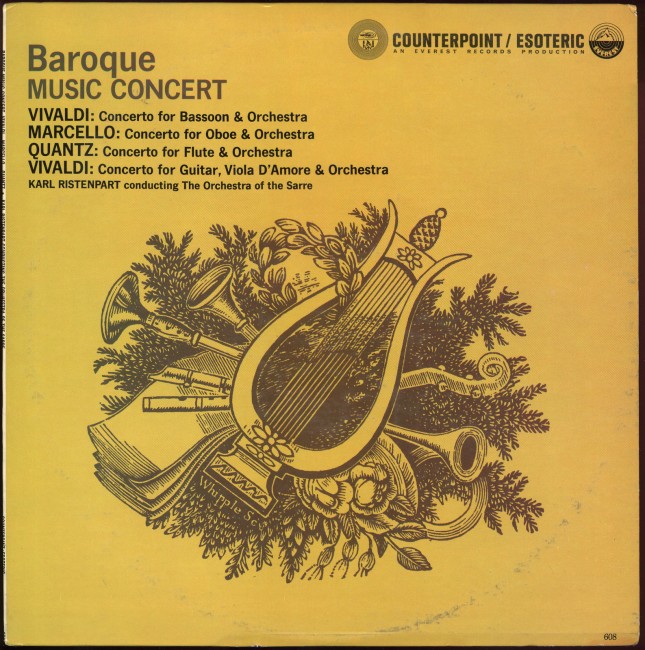 All too often, our attitudes towards a particular period in musical history are formulated by our acquaintance with only a few selected composers from that period. Aside from the Classical period, this is most obvious in the Baroque, since this period is almost a synonym for Bach, Handel, Vivaldi and a very few others. There is, of course, very good reason for this selectivity, for these men are the masters of the era; but this should not exclude other fine composers and their music. In fact, if we really want to know a period, we must make the music of many of its composers as familiar to ourselves as the music of the giants. Indeed, we find what is more typically Baroque among the lesser names than among the works of Bach or Handel, for it is, to a very real extent, the powers of assimilation and ability to strive beyond the language of the day that makes these latter two men great.

All the composers represented in this album flourished in the 18th century. During that time, known in artistic terms as the Baroque, there were two kinds of concerti: the concerto grosso, which pitted a large orchestra against a few instruments, and the solo concerto. All the concerti in this album are of the latter classification.

All five concerti have three movements, in the typical pattern of fast-slow-fast, in keeping with the Baroque aesthetic of contrast. All the fast movements have the usual Baroque characteristics of being sectionalized, highly sequential and made of fragmentary phrases. On the other hand, the slow movements have longer themes, more adventuresome harmonically and almost entirely non-sequential. In general, the soloists’ musical materials are different from the tutti. All the concerti keep the characteristic Baroque ritornello, and the orchestration of the ritornello (tutti) is strings plus continuo through­out.

Antonio Vivaldi (1678-1757) is one of the most well known of 18th century Italian composers. He was a violinist of great repute, and the bassoon part seems almost cello-like. The third movement of his Bassoon Concerto provides us with some typically cascading sequences; also of interest in this particular movement is the strange contrast between the opening ritornello and solo. His Concerto for Viola d’amour and Guitar is a continuous dialogue between the two instruments in the outer movements, sometimes becoming canonic, while the inner movements is a viola solo with guitar accompaniment.

J. A. Hasse’s Concerto for Mandolin differs from the other concerti in this album in that the soloist is almost always playing. The mandolin provides a sound which is quite unique, and the composer has surrounded it with an interestingly unobstructive accompaniment.

Benedetto Marcello (1686-1739) was as famous as a literary figure as a composer. This Concerto for Oboe was probably written in 1701. It is highly sequential in its outer movements, while the inner has a misterioso ostinato figure in the strings as an accompaniment to the singing quality of the oboe.

J. J. Quantz (1697-1773) was a famous German flutist, theorist and composer. The idiomatic writing for the flute well testifies to his reputation as flute teacher. This work is more like the solo concerto of the Classical period than any other in this album. The outer move­ ments have more harmonically involved introductions, the solo instruments uses materials from the tutti, and the virtuoso writing for the flute seem forerunners of the later 18th and 19th century attitudes towards concerto writing.

Karl Ristenpart is one of the outstanding conductors on the European scene. He has been associated with the French Recording Society in the project of recording for the first time ever,hidden musical treasures of the famous masters. He has appeared throughout concert halls in Europe and his definitive techniques have received rave reviews everywhere. 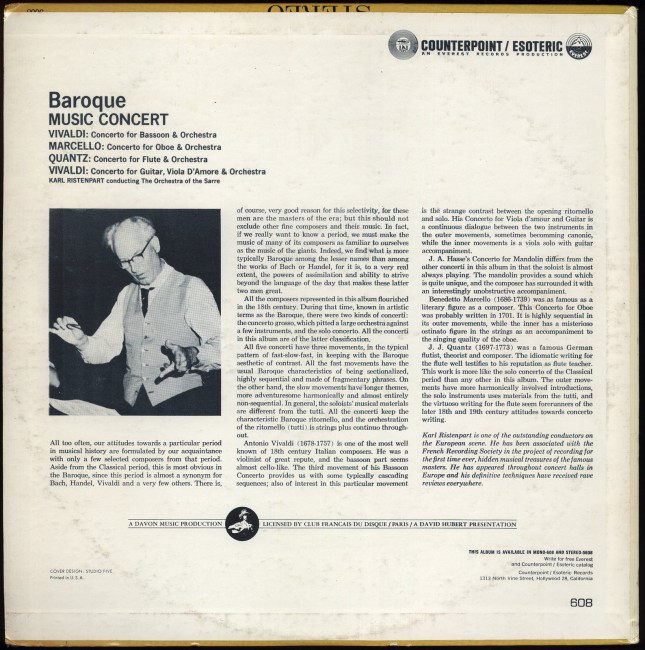 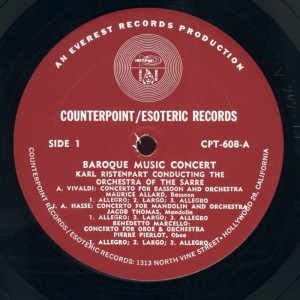 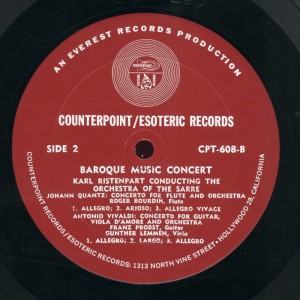