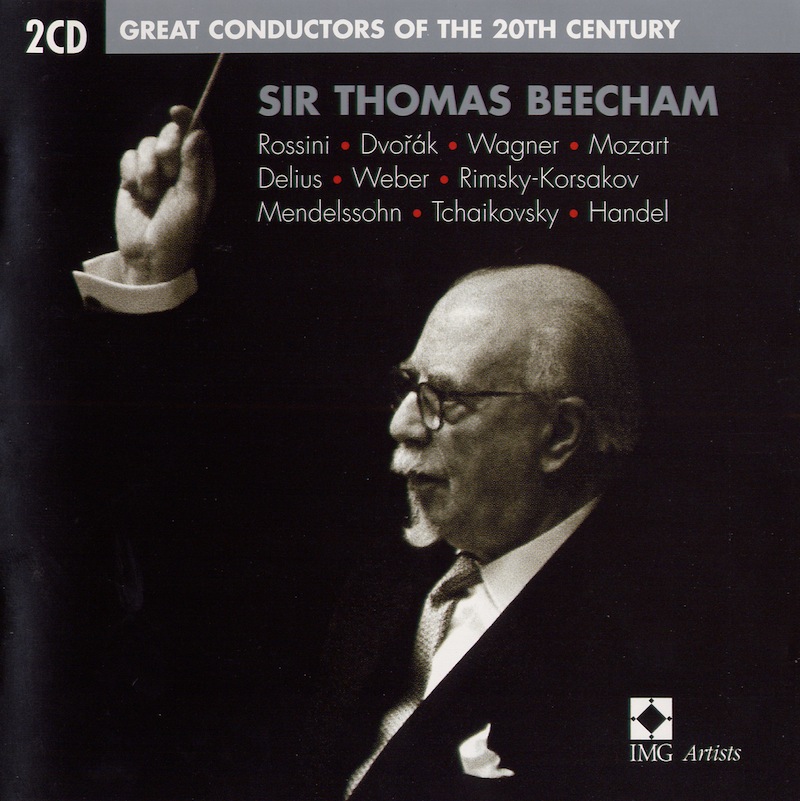 This compilation features important recordings, all issued here for the first time, of repertoire with which Sir Thomas Beecham was particularly associated. Furthermore, the music is played by two of his own orchestras: the London Philharmonic and the Royal Philharmonic. Among the rare recordings are live performances of Delius and Weber from 1935 and Rimsky-Korsakov’s Antar Symphony from 1951. Also included is a recently discovered stereo version, recorded in 1958, of the first movement of Tchaikovsky’s Fourth Symphony.

Widely regarded as the finest conductor Great Britain has produced, Sir Thomas Beecham was born in April 1879 in St Helens, Lancashire, into the family of the pharmaceutical firm of Sir Joseph Beecham. After attending Rossall School and Wadham College, Oxford, he studied music in London and Paris, while travelling widely in Europe. He conducted his first concerts in 1899 and his first opera in 1902. He founded the first of his three orchestras, the Beecham Symphony Orchestra, in 1909 and his own opera company in 1915. He directed the Royal Opera House from 1932 to 1939, founded the London Philharmonic in 1932 and the Royal Philharmonic in 1946. He died in London in March 1961.

This 2CD set covers a wide range of composers associated with Beecham: Delius, Dvorák, Handel, Mendelssohn, Mozart, Rimsky-Korsakov, Rossini, Tchaikovsky and Wagner. The recordings, all published here for the first time, cover the conductor’s memorable pre-war performances with the London Philharmonic and also the post-war period with the Royal Philharmonic. The RPO featured such celebrated players as Dennis Brain, who is heard here in an extract from Wagner’s Das Rheingold and in Mozart’s Divertimento for two horns and strings.

Some very rare live recordings are included: Delius’s Appalachia and the Overture to Weber’s Der Freischütz, both from the Queen’s Hall in 1935. Beecham did not record Rimsky-Korsakov’s Antar Symphony commercially so this 1951 live studio recording is an important addition to the Beecham discography. The Tchaikovsky Symphony No. 4 was originally issued in mono only, but the stereo tapes of the first movement, recorded in London in 1958, have recently come to light and are included here for the first time.

This is a good bargain set of early Beecham recordings from the 1930’s and 40’s. The sound quality is variable but at the price well worth checking out. Below is the track listing. 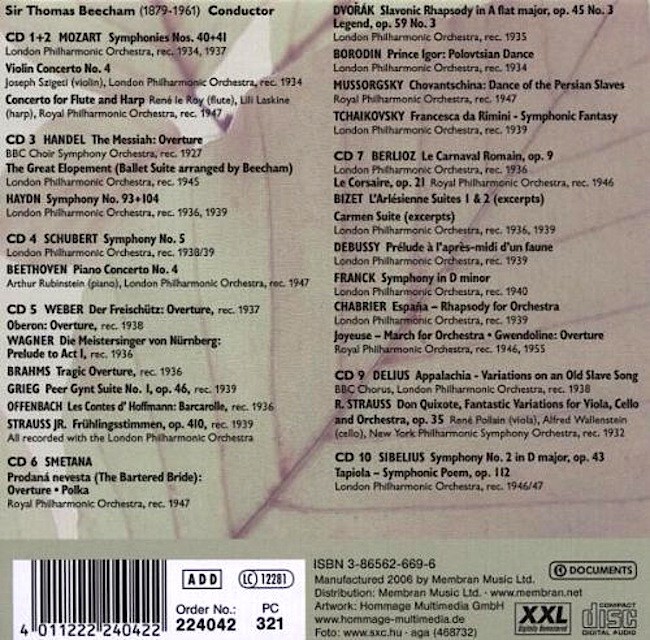 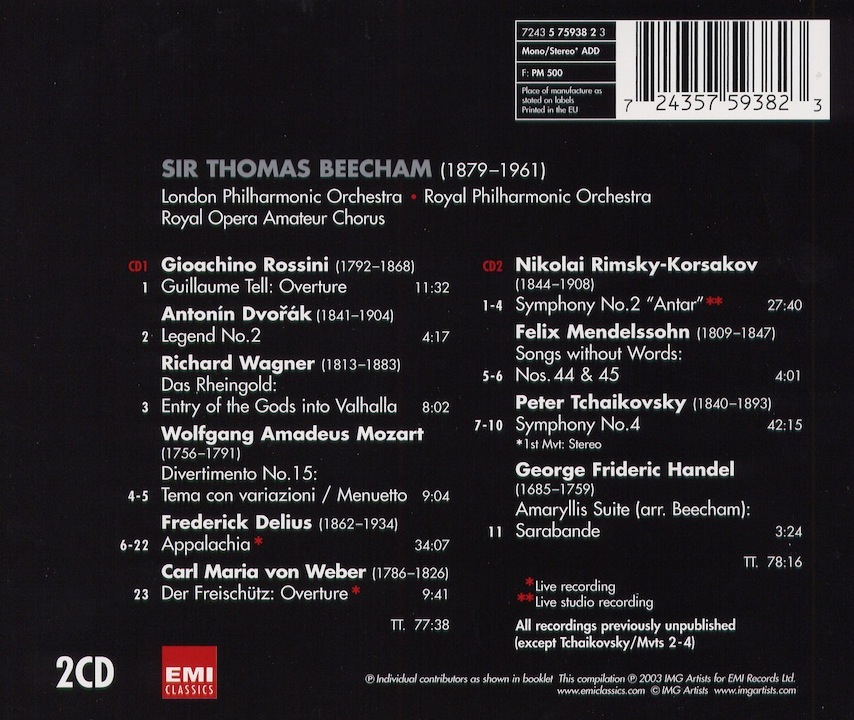