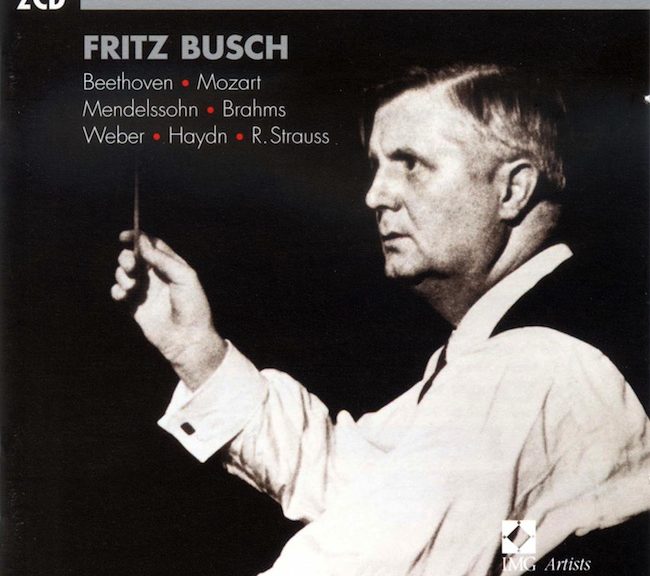 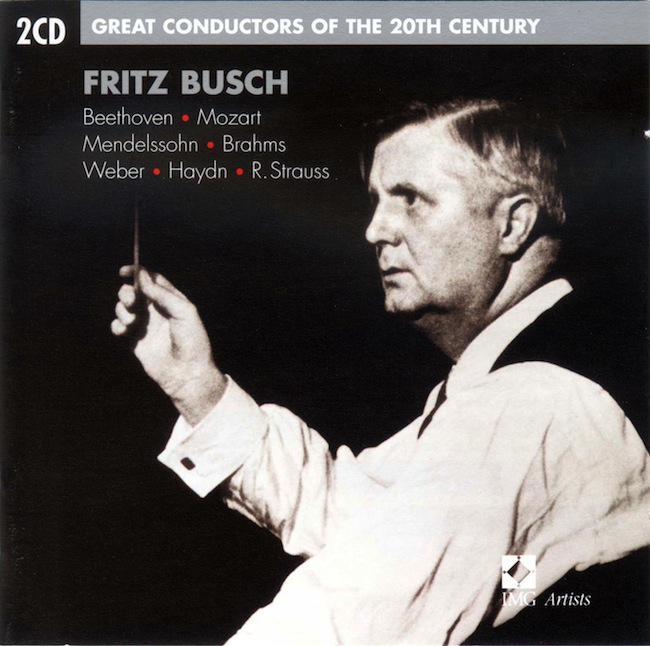 Very rare broadcast recordings from Danish Radio and also Busch’s studio recordings of Mozart, Haydn and Weber on CD for the first time.

Fritz Busch was born in 1890 into a remarkable musical family. After studies at the Cologne Conservatory, he rose rapidly through posts at Riga, Gotha and Aachen. In 1918 he took over the Stuttgart Opera, where he began the German Verdi revival, and in 1922 became General Music Director of the Saxon State Opera in Dresden. Brutally dismissed in 1933, he was welcomed in Buenos Aires, Copenhagen, Glyndebourne – where he conducted the festivals from 1934 – and Stockholm. After World War II he divided his career between the Old and New Worlds, conducting at the Metropolitan Opera between 1945 and 1949, and returning to Glyndebourne in 1950 and to Germany in 1951, but he died suddenly in London on 14 September that year.

This compilation is a representative collection of the best work for the gramophone of Fritz Busch, generally considered to be one of the finest of Classical conductors, following in the footsteps of Weingartner and Toscanini. Rarities here are studio recordings of Strauss’s Don Juan (from 1936), Haydn’s Sinfonia concertante (from 1951) and Mozart’s ‘Linz’ Symphony (from 1949), all of which have never officially appeared on CD. Also included are Busch’s famous performance of Brahms’s Symphony No.2 (from 1947), and Weber’s Overture to Der Freischütz (from 1948), a real rarity transferred for this release from 78rpm pressings. The live recordings of Mendelssohn’s ‘Italian’ Symphony, Brahms’s Tragic Overture and Beethoven’s ‘Leonore’ Overture No.2 (all from 1950) are here presented for the first time officially on CD and in new remasterings made at Abbey Road Studios. 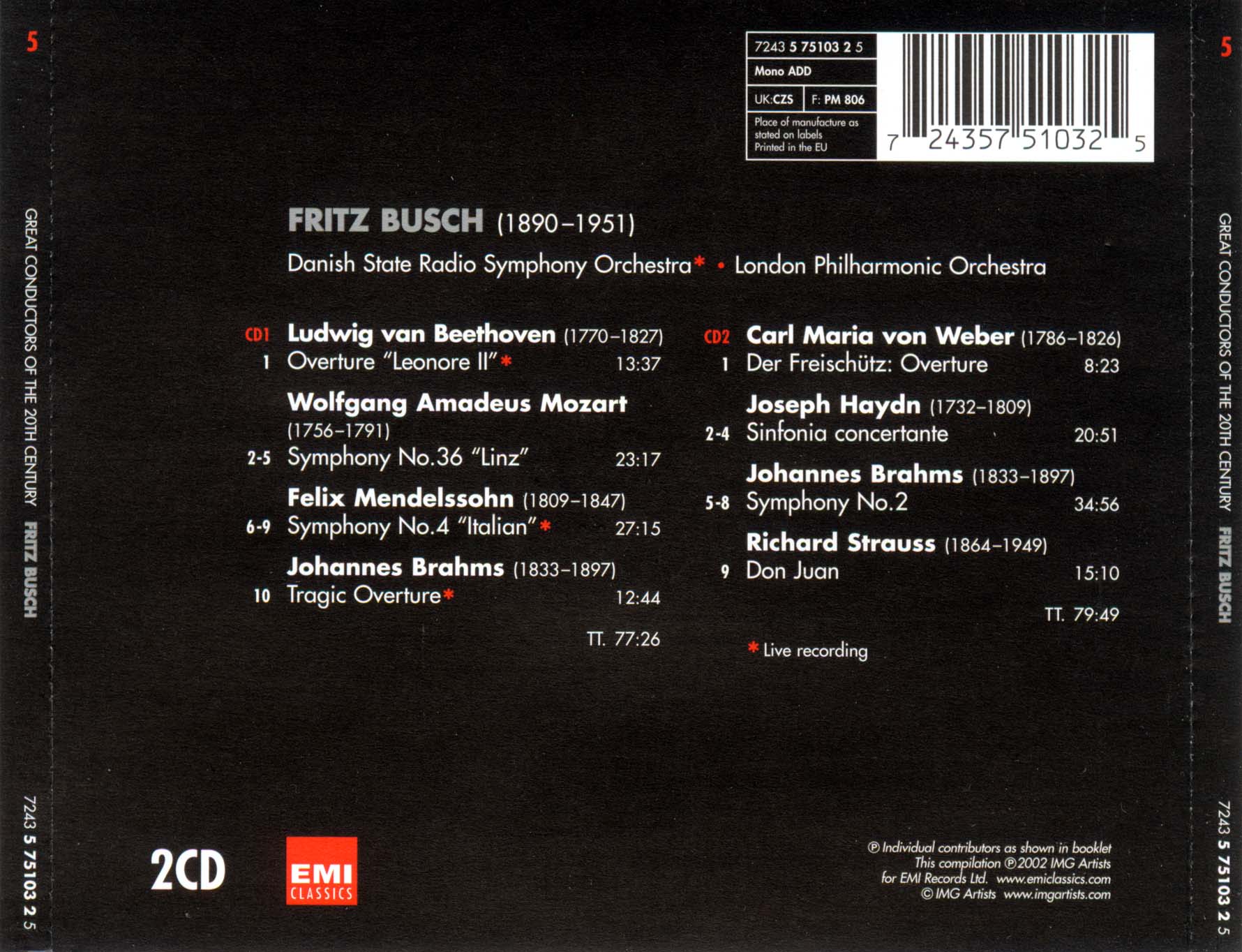