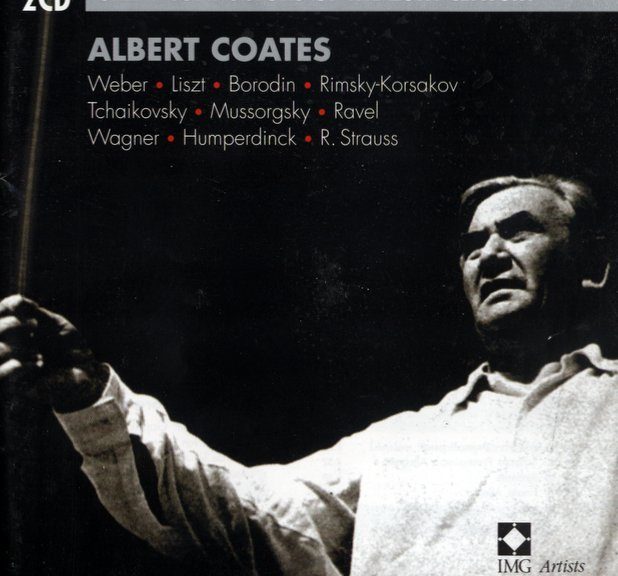 This compilation of newly remastered recordings affords the opportunity for a major reassessment of a distinguished British conductor (and a notable Wagnerian), whose career flourished in the 1920s and 1930s.

Albert Coates was born in St Petersburg in April 1882. He learned the violin, cello and piano as a child, and, at the age of 12, went to England. After studying science at Liverpool University he returned to Russia, where he studied composition with Rimsky-Korsakov. He was appointed répétiteur to Arthur Nikisch at the Leipzig Opera, making his debut in 1904 in Offenbach’s Les Contes d’Hoffmann. He became conductor at the Elberfeld Opera in 1906, worked under Ernst von Schuch at Dresden in 1907-8, with Artur Bodanzky at Mannheim in 1909, and, from 1910, with Eduard Nápravník at the Imperial Opera in St Petersburg. Returning to the UK in 1919, he headed the London Symphony Orchestra (1919-21), the Eastman Rochester Symphony Orchestra (1923-5), and made regular appearances in many of the world’s leading musical centres until 1939. Having spent most of the Second World War in the USA, he then went to live in South Africa, where he taught and made occasional appearances until his death in 1953.

All the recordings featured in this fascinating survey of the work of an almost forgotten but masterly British conductor have been remastered either from the original metal parts (where they have survived) or from high-quality 78 pressings made for the American Victor Company. These new remasterings, using the latest technology, far outclass previous attempts to reproduce Albert Coates’s early electrical recordings on CD. The compilation centres on Coates’s flair in Russian repertoire and also confirms his reputation as a great Wagner conductor. The Tristan and Isolde of the day, Lauritz Melchior and Frida Leider, join him in the opera’s Act 2 love duet, the first section recorded in Berlin (a rare venture for Coates, whose recordings feature almost exclusively the London Symphony Orchestra) and the concluding part in London. Coates was also a pioneer of modern music, as this recording, made in 1926, of Ravel’s La Valse (its composition completed only six years earlier) testifies. 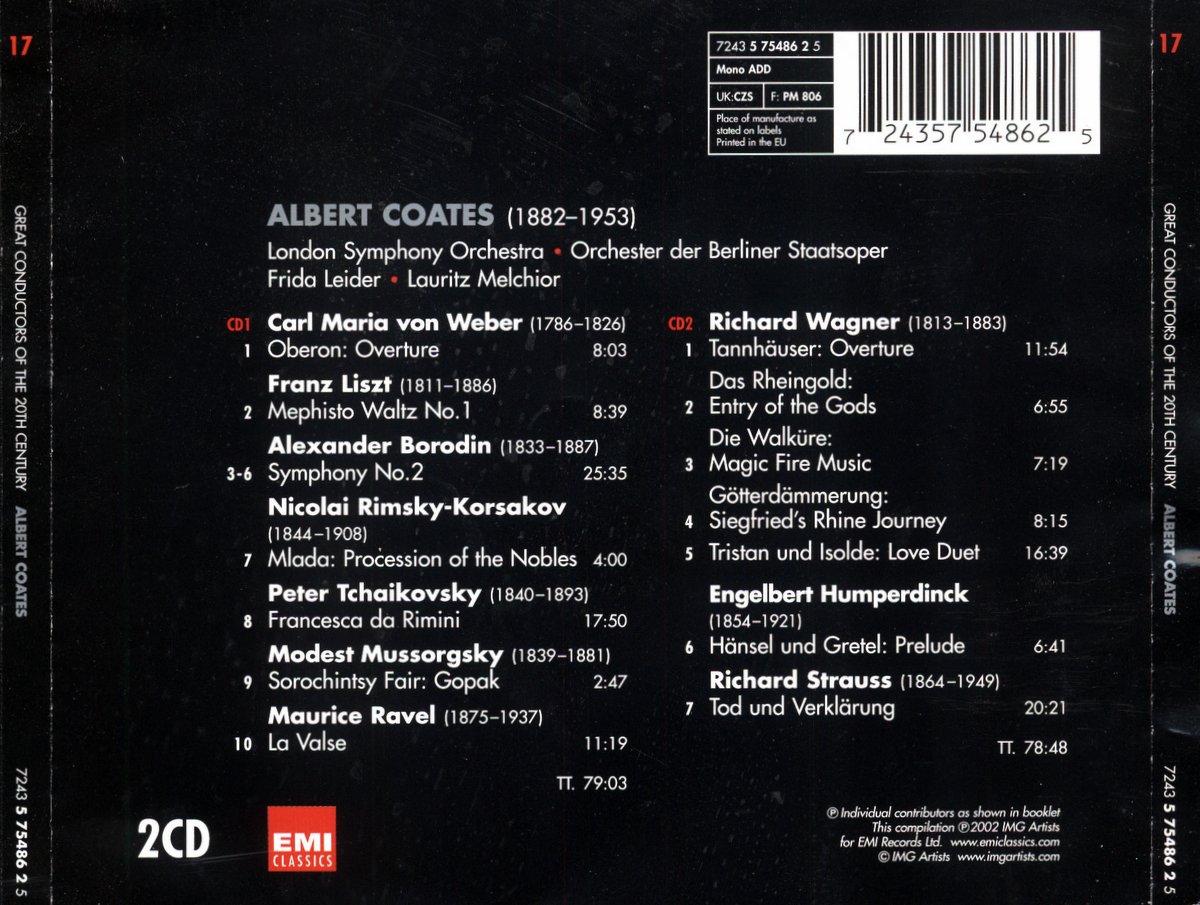