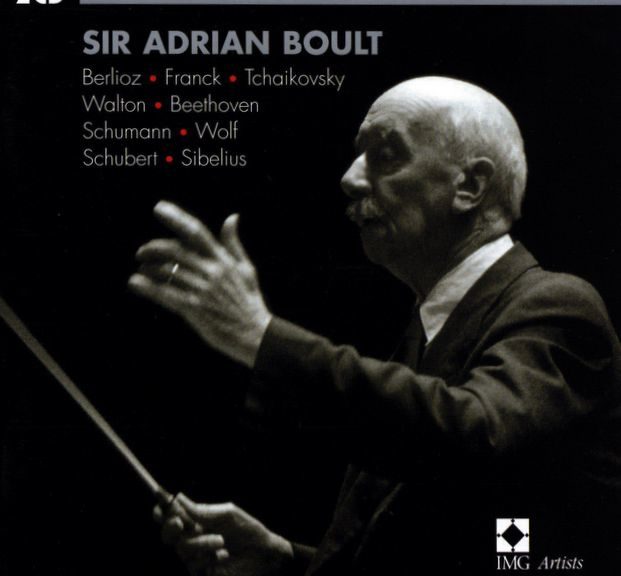 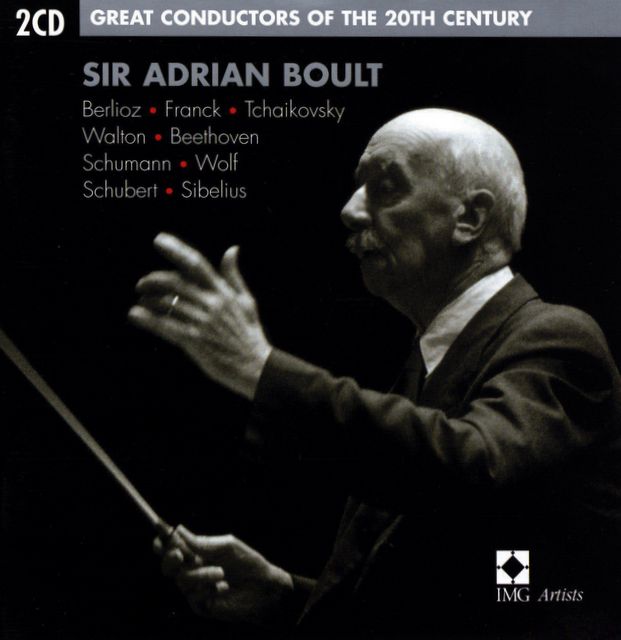 All these rare recordings, with the exception of a stunning Theme & Variations from Tchaikovsky’s Suite No.3, are issued on CD for the first time. With the exception of Walton’s ‘Portsmouth Point’, the repertoire is non-British and accurately reflects Boult’s wide musical sympathies.

‘In musical and general education the conductor must be unusually well equipped. He must have a great deal of musical knowledge; and I don’t just mean of orchestral scores. He must also have a working knowledge of all instruments with which he is to come in contact, including the human voice.’ Sir Adrian Boult (1889-1983) spoke these words in a broadcast talk in February 1947. As a performer he exemplified the supreme professional. With a baton technique second to none, Boult’s greatest achievement was the formation of the BBC Symphony Orchestra in 1930 and its subsequent development into a world-class ensemble by the end of that decade. The sheer range of music played during his time with the BBC remains extraordinary, including many world and British premieres. Unceremoniously dumped by the BBC at the mandatory retiring age of 60, Sir Adrian then worked with the London Philharmonic Orchestra in the 1950s. For the last 30 years of his life he served as a guest conductor, except for a single year in Birmingham. Boult was knighted in 1937 and made a Companion of Honour in 1969. He retired in 1979.

Though Boult was renowned as an interpreter of British music, this compilation focuses on the breadth of his repertory and the mastery with which he interpreted such a wide range of music. With the sole exception of the Tchaikovsky, all the works reissued here are new to CD and most have become rarities. Collectors may remember the first appearance on LP, in the late 1950s, of the Berlioz, Sibelius, Franck, Hugo Wolf and Schubert, and will surely welcome them to the CD catalogue. Those who have not encountered them before, will find here a treasure-trove of great music-making, not least in the interpretations of Franck’s D minor and Schubert’s ‘Tragic’ Symphonies, Boult’s only recordings of these two masterworks. The later recordings (from a gramophone career that lasted for nearly 60 years) are of overtures by Walton (‘Portsmouth Point’, of which Boult made the first ever recording in 1936) and Beethoven (‘Coriolan’, which was originally coupled with Josek Suk’s account of the Violin Concerto). 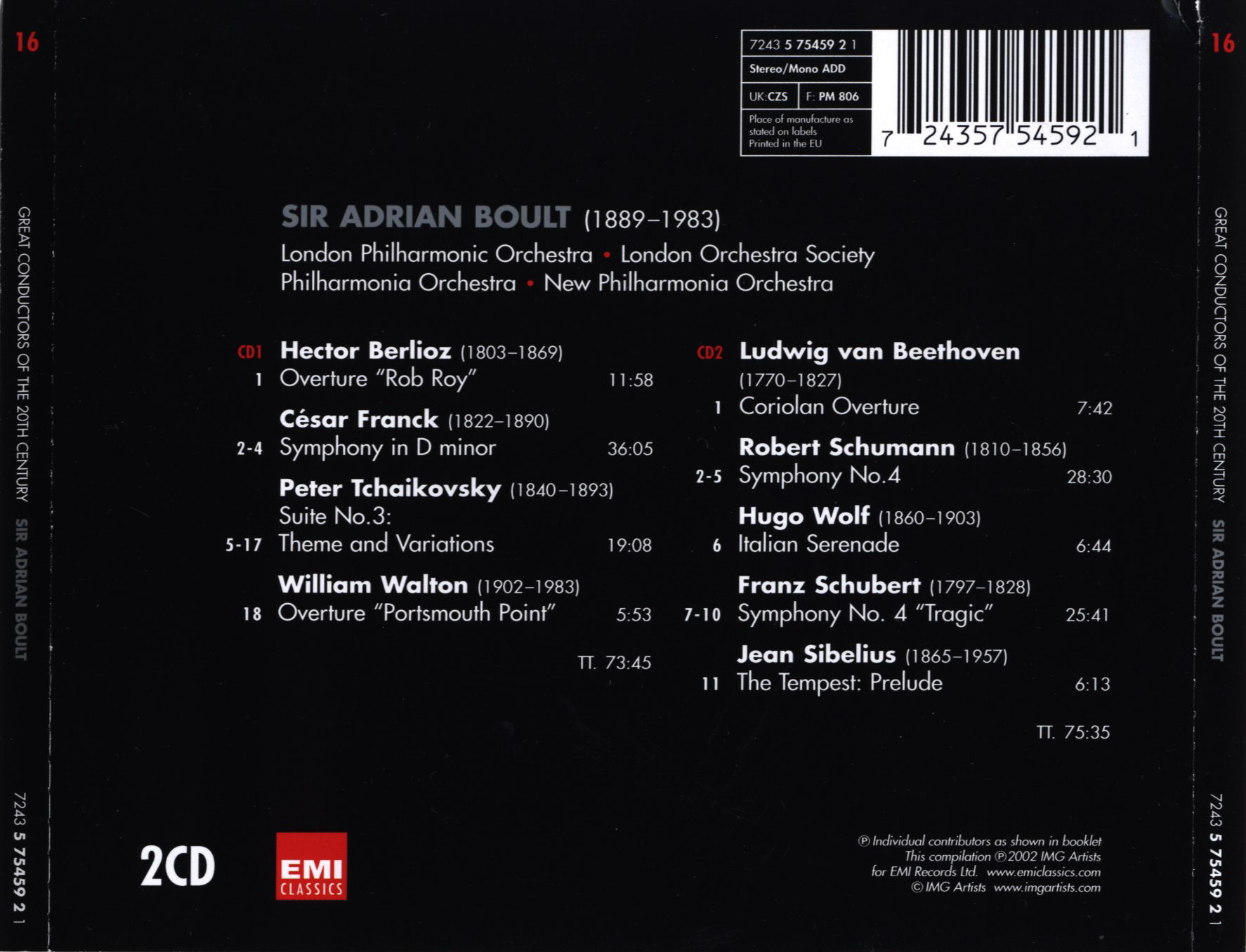