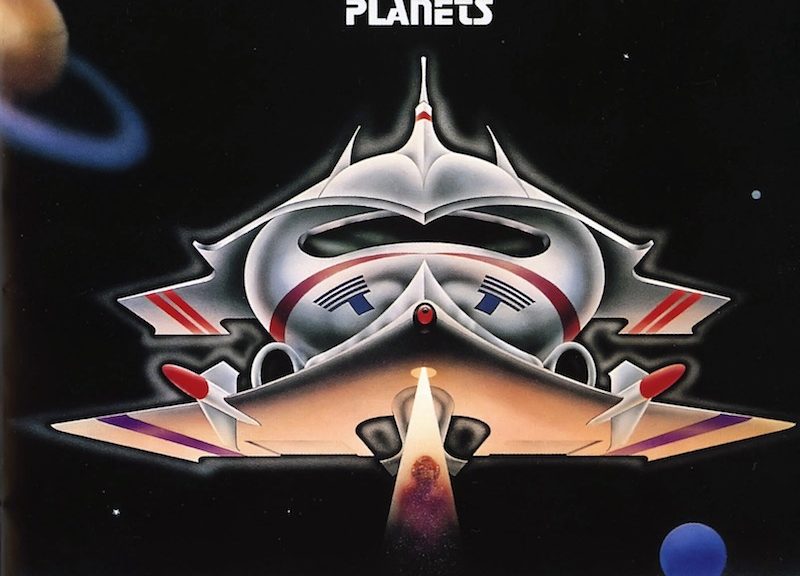 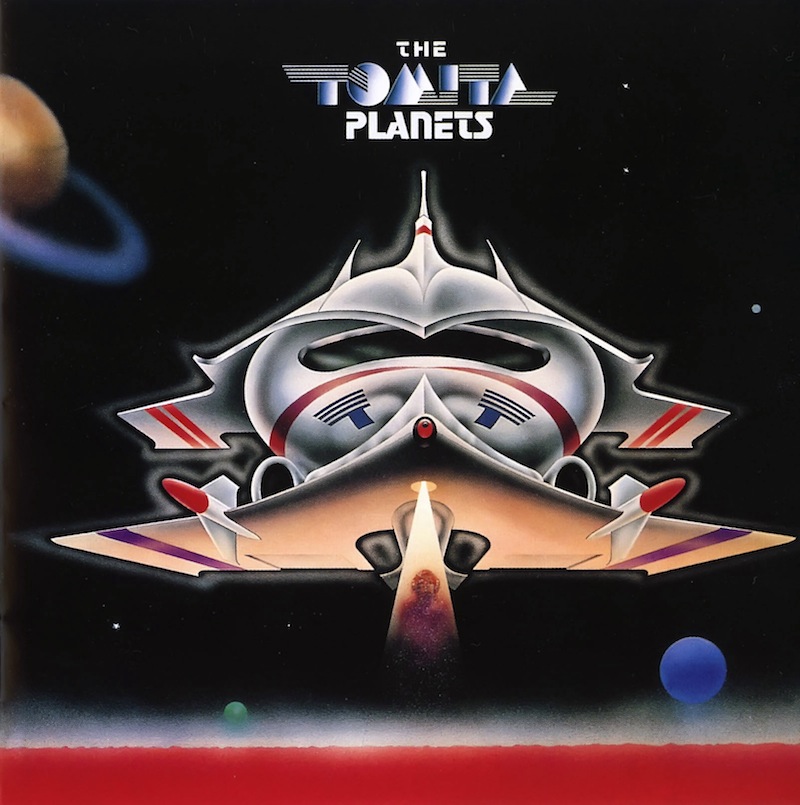 Isao Tomita’s ‘Planets’ from 1976 takes Holst’s symphonic work and puts it into the electronic realm. Most of Tomita’s albums have been pretty much out of print for years, except a few on RCA released in the 1990’s that have stayed around. Fortunately ‘The Tomita Planets’ is still available, and also re-released and remade too! There are several releases of the Planets, and all are different in format or actual performance. Took a while, but figured out the versions and changes. I tracked the timings of the first track ‘Mars’ to differentiated the original releases.

A quick rundown on the available CD releases:

CD from 1991 – Catalog number 60518 – CD in Dolby Surround sound, compatible with regular stereo. This is the silver cover with the spaceship insert. You can tell this release by Jupiter/Saturn and Uranus/Neptune tracks are segued and not separate like the original. I do not have this particular release, so not sure if any changes were made to the mix other than the surround sound processing. I suspect not since ‘Mars’ is about the same length as the original 10.54. http://bit.ly/planets1991

CD from 2004 – Catalog number 37408 – This is a Japan release from BMG Japan, a 24-bit remastered version. Essentially the same version as the original, Tomita seems to have made some small tweaks at the time in the orchestration and the flow of the works. A side-by-side comparison of ‘Venus’ did reveal some subtle changes, but to be honest, you would really have to know the work well to hear a change [I did since I have the whole album memorized]. In all honesty this may be due to being mixed in surround/quad versus stereo. ‘Mars’ is longer at 11.17.

As in the surround version, Jupiter/Saturn and Uranus/Neptune tracks are segued. Taken as a whole, I like it, and while I have to have the original, this one does have cleared sound. This is only available as an import, so tends to cost 2-3x as much as the domestic CDs. http://bit.ly/planets2004

Planets – Ultimate Edition from 2011 – This is a reworking of the original. ‘Mars’ has a different intro. All of the tracks have some differences in sounds and layout of the work. Think of it as an updated version with some of the instruments replaced. Also, a new track ‘Itokawa and Hayabusa’ is inserted between ‘Jupiter’ and ‘Saturn’. I consider this a separate performance, a good companion the original. As with the 2004 version, available as a Japanese import at additional cost. However, it has also been released on iTunes [http://bit.ly/1yEiVnQ], with great sound and much cheaper than the CD. The CD is SuperAudioCD in 4-channel quad, compatible with regular CD stereo. http://bit.ly/planets-ult

Planet Zero: The Planets with Dawn Chorus from 2011 – Conceived as a live performance for the Freedommune Zero charity concert, it was cancelled due to bad weather. From the rehearsals comes a reworking of ‘The Planets’ with several new tracks. This is a substantial change from the original, and a separate work in its own right.

Most of the tracks are much shorter than the original, but if you are a fan of the work, definitely worth a listen. http://bit.ly/planetzero2011