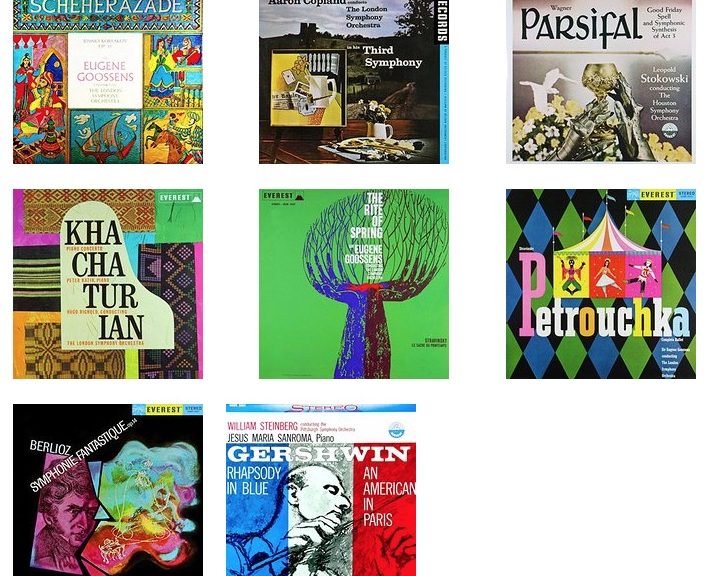 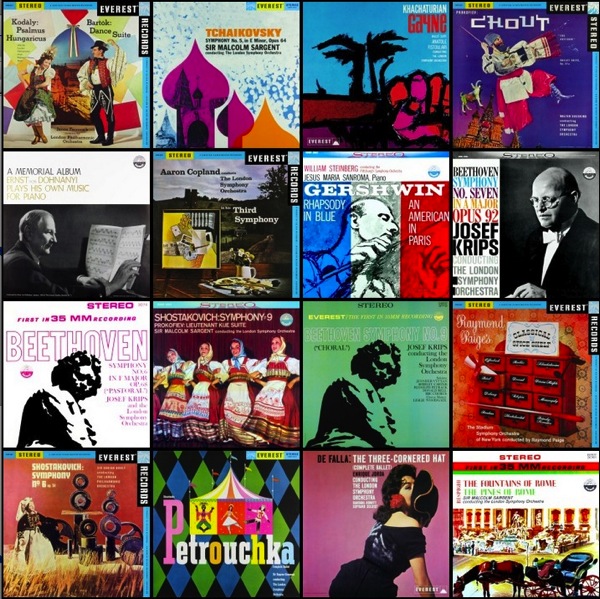 Everest Records recorded the bulk of its famous classical albums from 1958 into the early 1960’s. Featuring new stereo recordings that were recorded on 35mm magnetic tape, its goal was to put out the best sounding classical albums available. On the recording roster were Stokowski, Susskind, and composers conducting their own works such as Aaron Copland. In the 1990’s CDs of much of the catalog were re-released, then just vanished except for the odd release by other labels.

Countdown Media from Germany is issuing a whole new series of the first releases from Everest. Not sure if they now own the rights or licensed them, but either way it is good to see these great albums back in print.

You can check out the catalog at http://evereststereo.com/ with details and artwork for the releases. The albums are available at iTunes and on-demand CDR’s from Amazon.

Archive.org also has a dealer’s catalog from 1961: