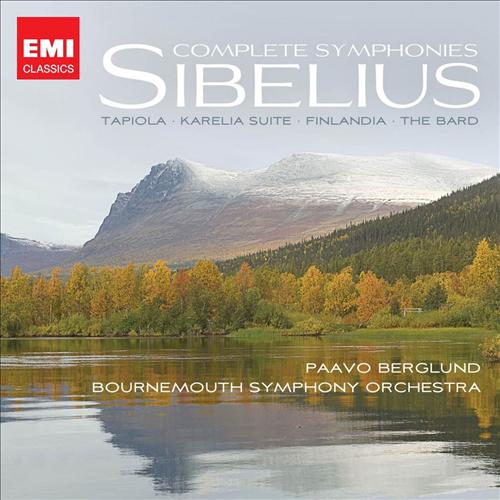 Jean Sibelius’ set of 7 symphonies, usually with some of his tone poems as fillers, have been well-served in some great box sets. EMI has recently released the 70’s era recordings by Paavo Berglund and the Bournemouth SO, another good option in the Sibelius box set arena. While the CD set is around $20 [most of the box sets are from $20-25] the MP3 version is at a paltry $9.99 and moves to the front of the bargain list. Back in the past, when a CD would run you about $15 or so for 2 symphonies, these days there are some affordable options to get the complete symphony set for not much more, so I really think recommending just a single disc recording does not make as much sense.

There are other great sets out there too. Here is a list of recommended sets, you really cannot go wrong with any of these, all have their advantages, it really depends on which conductor you prefer.

Bernstein on DG [I prefer the earlier CBS recordings, but they are out of print at the moment]

Update: The Bernstein recordings are now in a box set

Davis and the Boston SO – Again, 70’s era recordings, but a little more expensive than the other sets.