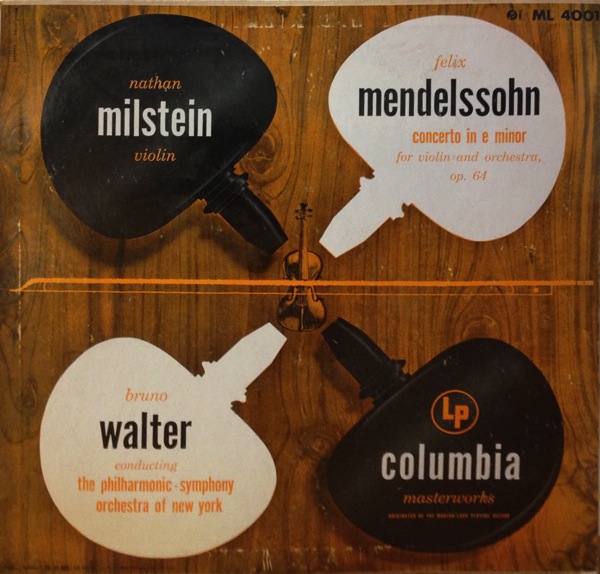 The modern vinyl LP turns 66 soon. Revealed in June 1948, Columbia Records showed off the new 33 1/3 LP format for the first time. While this was not the first attempt at a long playing record, it was the first to overcome many technical hurdles, such as wear and background noise. Columbia released about 100 LPs at first launch, many 12 inch, but quite a few in the less familiar 10 inch format [that size did not survive, instead being replaced by RCA’s 45 RPM 7 inch single format later on.] While many of the early releases were sourced from 78 RPM shellac masters, some albums had been simultaneously recorded on 78 RPM and 16 inch 33 1/3 RPM masters, lending the new LPs to better sound quality [although few if any of the first series released used these improved masters]. 78 RPM discs were still made into the 1960’s, but the LP soon overtook the old format.

LP Number One was the Mendelssohn Violin Concerto by Nathan Milstein with the NY Phil conducted by Bruno Walter, catalog number ML 4001. A great performance and still available on a Bruno Walter Edition CD [at Amazon]: http://amzn.to/1owdEdc 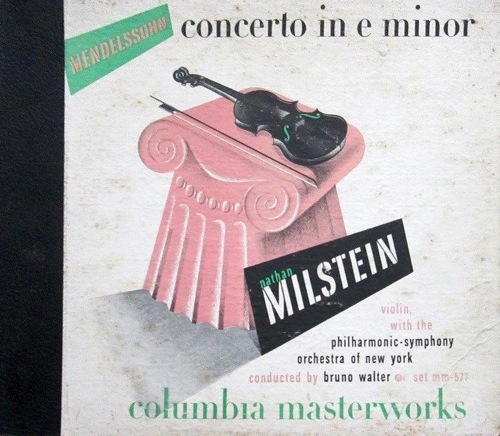