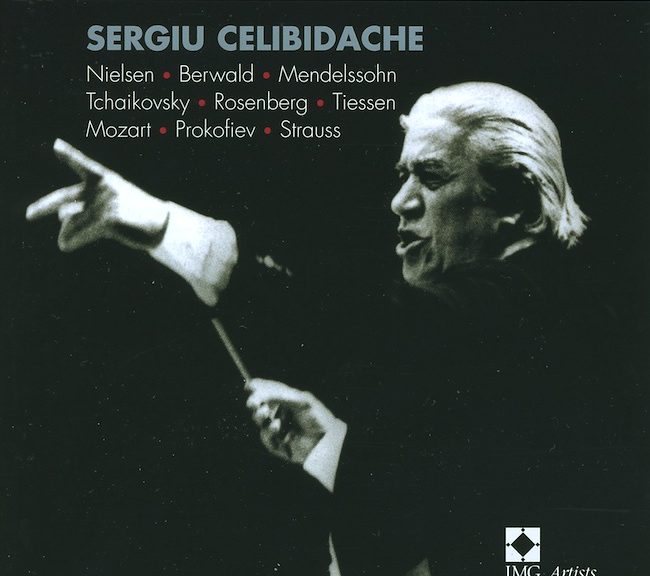 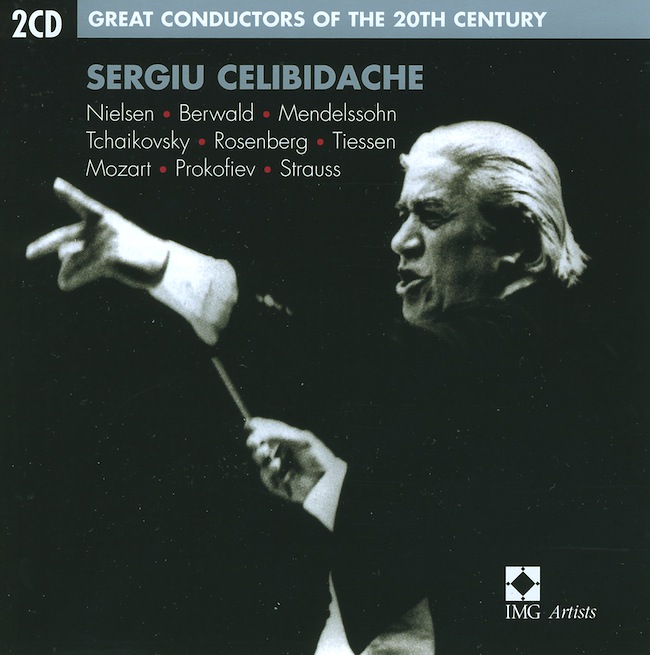 Though Celibidache turned his back on the recording studio in 1953, since his death and with the support of his family, many of the recordings he made are now available on CD. This compilation features early studio recordings from 1948 in Berlin and London and radio broadcasts made between 1953 and 1970 in Copenhagen, Stockholm, Gothenburg and Berlin. Core repertoire by Mendelssohn, Mozart, Prokofiev and Tchaikovsky is coupled with rarities by the Swedish composers Berwald and Rosenberg and by the German Heinz Tiessen, who was Celibidache’s teacher at the Berlin Hochschule.

Sergiu Celibidache was born in 1912 in the Moldavian region of Romania. He revealed remarkable talents for music, dance and intellectual pursuits at a very early age. In 1936 he moved via Paris to Berlin, where he studied with Heinz Tiessen, who became his musical mentor. Though Martin Steinke was his spiritual guide, he owed his most profound experiences to the concerts of Wilhelm Furtwängler. When Furtwängler was blacklisted at the end of the war and his designated successor, Leo Borchard, was accidentally shot dead, Celibidache assumed control of the Berlin Philharmonic ‘overnight’. He quickly reformed the scattered remains of the orchestra into a first-rate ensemble and roused the spirits of the Berliners with his ecstatic fervour. On Furtwängler’s return to the orchestra, the two men shared the duties of principal conductor. Celibidache’s last concert with the BPO was on the day before Furtwängler’s death in 1954. A fortnight later the position of principal conductor was given to Herbert von Karajan, who was thought to have superior marketing potential. In contrast, Celibidache, who stopped making commercial recordings altogether in 1953, criss-crossed the globe as a much sought-after, and feared, trainer of orchestras. For many years he worked mainly with radio orchestras in Sweden, Denmark and southern Germany, elevating them to heights they would never reach again. It was not until 1979, when he took charge of the Munich Philharmonic, that he again became the official principal conductor of a body of musicians, which, as he had promised, he shaped into an ensemble of inimitable quality and world stature. He remained with the orchestra until his death in 1996.

Though Celibidache’s 1948 studio recordings have been available on CD before, this compilation offers new remasterings of Mozart and Tchaikovsky with the London Philharmonic Orchestra and Prokofiev with the Berlin Philharmonic. The more recent material on these 2 CDs is taken from radio broadcasts made between 1953 (the year Celibidache stopped making commercial discs) and 1970. New to the conductor’s discography are Mendelssohn’s ‘Italian’ Symphony from Berlin in 1953, Berwald’s best known work and an ‘exquisitely wrought’ overture by Hilding Rosenberg, made in Stockholm in 1962, the year of Celibidache’s debut with the Swedish Radio Symphony Orchestra, and extracts from the 1970 Christmas concert in Copenhagen (featuring winning performances of Nielsen and the Strauss family). The real rarity here is another radio broadcast new to CD: the music inspired by Shakespeare’s Hamlet was included in a concert given in Berlin in 1957 as a tribute to Heinz Tiessen, Celibidache’s teacher, on the occasion of the composer’s 70th birthday. 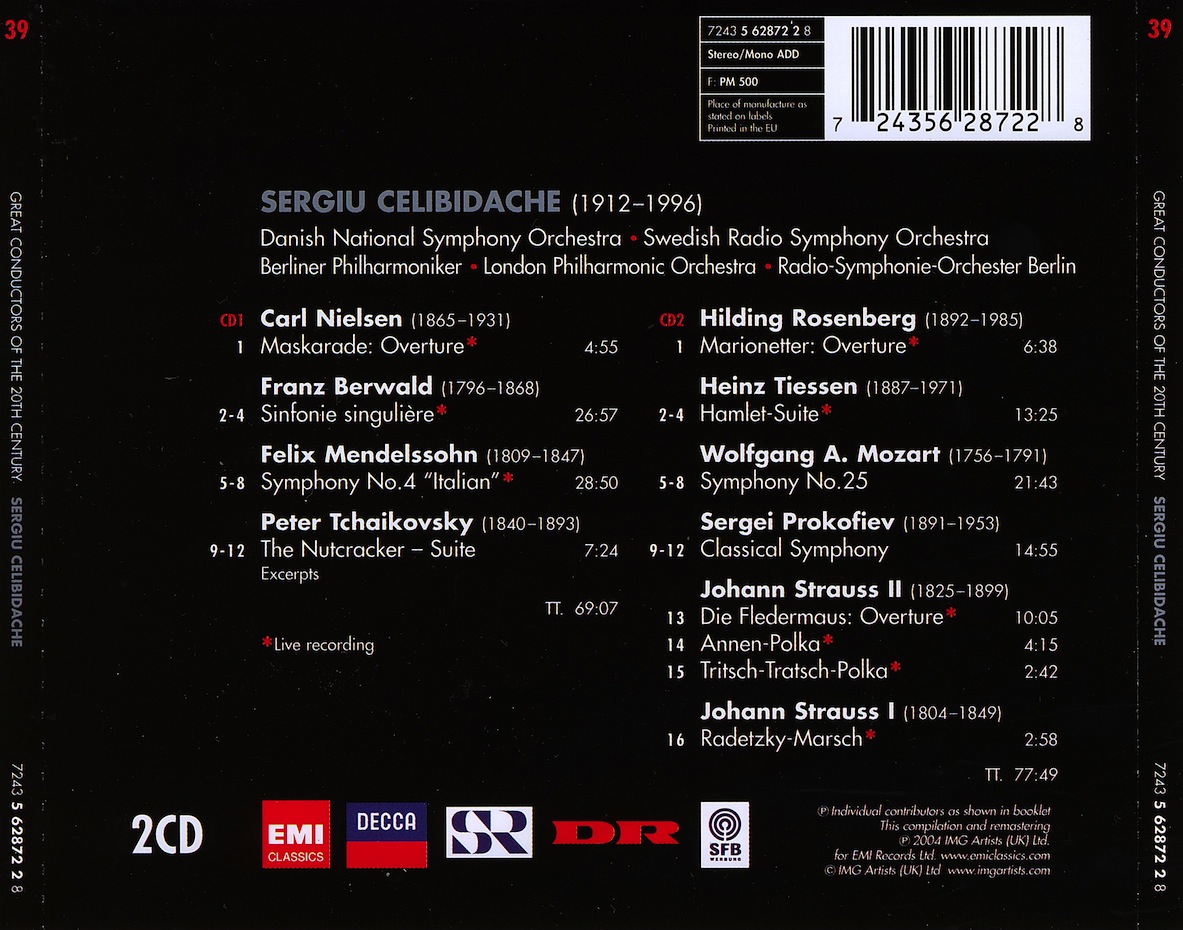