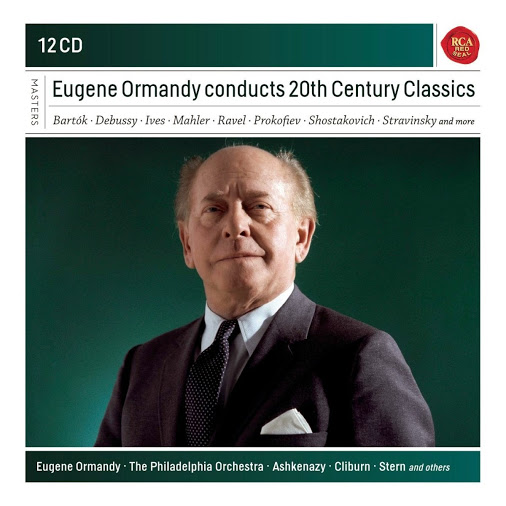 I posted a review and some other info at Amazon:

This release combines recordings from the RCA and CBS vaults. Ormandy re-recorded many works when the Philadelphia Orchestra moved to RCA in the 1970’s. While not all of these recordings matched the earlier versions, several were better but have been mostly out of circulation for a while. The Shostakovich 5 is a particular favorite of mine, much better than the CBS version.

Since there seems to be no real info on what versions are included, here is a listing of the works, years and label if known.

I was unable to find out the exact recording information anywhere, and wanted the RCA versions, since I own most of the CBS recordings. There is a wealth of tracks here that are either out of print or very hard to find. The Ormandy RCA years were relegated to budget Victrola Series compilations that are for the most part only obtainable used. Too bad they missed the RK Scheherazade, found a Quad LP of it a while back, and was amazed by the sound and performance. Ormandy [and for that matter Szell on CBS] have had a spotty release on CD, unlike every version of Bernstein and Reiner recordings. They where the conductors I grew up on, and there is more music in the vaults, hope some more comes to light on CD.

By the way, well worth getting the set, no bad performances, and some great ones too. I did find that many were comparable to the earlier CBS versions, but some, like Britten’s ‘Young Guide’ is significantly better recorded and played.