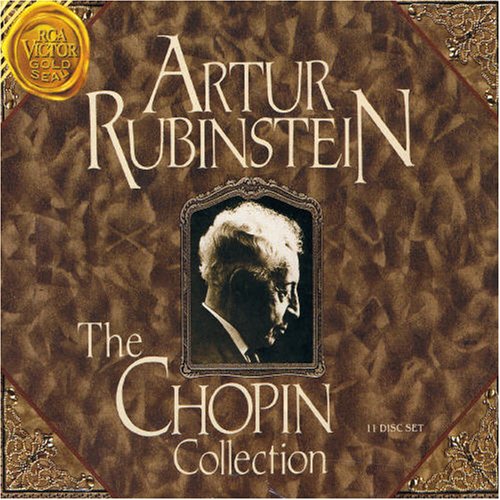 There have been a lot of big box sets released over the past year or two, like the DG 111 sets, complete symphony recordings by Bernstein and others. I am going to do a rundown of some of the bargains and must-have releases.

The 11 CD Chopin Collection by Rubinstein is a must-have. These are all of the recordings that surfaced with the 1980’s Chopin Collection from RCA plus more. I had many of these LPs, but unfortunately the vinyl did not hold up well and became very poppy and crackly, to the point that I gave them away. Some sets were replaced by CD here and there, but now we have this great set at an unbelievable price, currently around $24! From the Nocturnes and Mazurkas to the Waltzes, Preludes and Sonatas, this is the complete Rubinstein recordings from the 1960’s plus some from the 1940’s and on. This looks to be the same selection as the previous Original Jacket Collection, plus a few more tracks. There is no MP3 version of this particular incarnation, and it is an import, so it will probably go out of stock. Sony/BMG tends to release these kind of sets as one-offs and does not keep them in print, so if you like Chopin at all, this is the basic set to get.