I seem to be on a Mahler kick these days. After recently getting the Levine and Abravenel Mahler sets I stumbled across another one of those mystery download sets of Bruno Walter conducting Mahler. Many of the older 1940’s-50’s classical recordings have gone out of copyright in the UK, and there have been some MP3 releases on the cheap as of late with sketchy details other than the works and orchestra.

These are Walter’s Mahler recordings from the 1940’s and 1950’s with the New York Philharmonic, not the later recordings in stereo with the Columbia Symphony Orchestra. His later Mahler 2 was my first experience with the ‘Resurrection’ Symphony and is also my favorite. Walter knew Mahler personally and he has some interesting insights on these works.

This collection has Symphony 1, 2, 4, 5 and 9 along with some other familiar Mahler works. I believe some these are the old CBS/Columbia-era recordings, I have checked the timings and am fairly certain that they are indeed these tracks. Others may be live recordings, such as the 9th, but it does not really matter, they are all worth hearing.I bet these are not the new remasters from Sony, but sourced from older master tapes or LPs. Either way, the sound is decent, and the performances are downright excellent. These are mono recordings, but some sound like they have had some stereo equalization applied to them, not anything heavy, just giving the sound field a little more breathing room. Best of all is the price, under $9 for 7 hours of great Mahler played by a great orchestra and conductor. 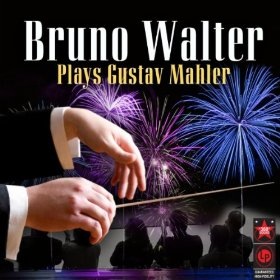